Open AI Software ChatGPT is about to Destroy Google! We are much closer to knowing the rise of generative AI. All of us are familiar with the interesting term AI- Artificial Intelligence. Maybe you have heard more and more about ChatGPT in the last two weeks.

Before sharing the happenings, you need to know what is OpenAI and what is ChatGPT. OpenAI is such a research and deployment company that aims to provide benefits of Artificial Intelligence to all humanity.

Eager to Know the facts!

On 30th November 2022, OpenAI gave a big surprise to the technology by bringing out the astounding product- ChatGPT. Very different from anything else we have seen before! Now, what does it mean? It is a Generative Pre-Trained Transformer which is an optimizing language for dialogue. Simply, it is a variant of the GPT-3 language model that is specifically designed for conversation modeling that a human might do.

In a tone of success, the company emphatically said, "We've trained a model called ChatGPT which interacts conversationally. The dialogue format makes it possible for ChatGPT to answer follow-up questions, admit its mistakes, challenge incorrect premises, and reject inappropriate requests."

In these few days, its popularity is going by storm. It has amassed over 1 million users whereas other social media gained a similar number of users within 2-10 months. But why are consumers running behind the ChatGPT so much? Well, the word that answers all questions is – Artificial Intelligence.

On 2nd December 2022, Gmail Developer Paul Buchheit fearfully predicted in his tweet about Google that it might be compromised within one or two years.

It has become the first and the topmost headline on everyone's lips. Let's discuss about how true his prediction is!

How does the revolutionary technology works!

ChatGPT is the latest release product which includes DALL.E for image creation. DALL.E is a text-to-image software that creates images based on simply written inputs which makes this chat tool's process the fastest and smoothest. 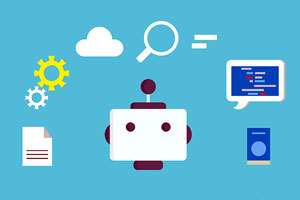 This human-like AI chatbot turned into the most powerful chat tool because this machine learning model was trained on a massive data set. It can understand and implement sequential data, for example- natural language text.

This AI product works like a smart human brain with a deep neural network system. The algorithm behind ChatGPT is based on the transformer architecture. Perhaps, you are confused about this architecture.

Let me say that it is such a type of architecture that uses self-attention mechanisms to process inputs and it is used in language translation, text summarization, and question-answering systems on a large scale. Able to recognize specific patterns from several data samples which helps this bot in producing pertinent and consistent context-aware outputs.

Therefore, this chatbot can remain engaged in conversation with its customers. Meanwhile, it is flexible as an information-providing system; it can even be used for creating virtual agents in the social media application. Hope all of you have heard about "Avtar"!

As this machine learning model was trained with Reinforcement learning with the different kinds of datasets and human feedback (RLHF) toward desired behavior, it can provide smart natural sounding answers and can predict accurately. One of the most important and interesting topics is that ChatGPT has been trained to decline unsuitable requests, presumably those which are illicit. 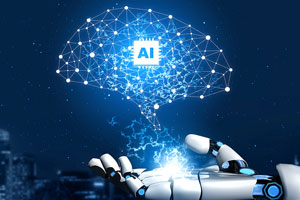 Why has it become a viral phenomenon?

Observing this chat tool, we can see that, based on the abundant power of Artificial Intelligence, it is coming up with hand-baked hot answers in a fraction of a second and the answers given by ChatGPT are so perfect that one is bound to think an expert is giving this answer.

But if we ask a question on Google, it brings many websites in front of us.

Can this conversational AI replace humans? This is open in beta to all users. Demands are increasing gradually. It is generating so much buzz because it can generate human works like basic mail writing, occasion planning, list organizing, cv making, school, and college homework solving, exam preparation, essay writing, spotting errors, explaining strategies, and many more.

Researchers fear that Google may be in the trash like its predecessor ‘Yellow Pages' and people would tend to this AI-driven chat tool to get ready-made detailed information without even spending time searching for information. 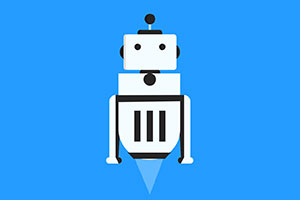 This is exactly where ChatGPT wants to beat all the search engines. But does ChatGPT aim for it?

Let's have a look at this newborn's self-reply.

"My primary function is to assist users in generating natural-sounding responses to their questions and queries. I am not designed to compete with search engines or other sources of information, and I do not have the ability to browse the internet or access the vast amounts of information that search engines like Google can."

Sam Altman said, "ChatGPT is like an e-bike for the mind!"

Would it be a silent threat to other social media platforms?

The founder and CEO of OpenAI, Sam Altman said, "ChatGPT is incredibly limited, but good enough at some things to create a misleading impression of greatness. It's a mistake to be relying on it for anything important right now. it's a preview of progress; we have lots of work to do on robustness and truthfulness."

What are you worrying about? It was just safe to unveil, not for dominating other platforms. Still, this baby model is being trained. The power of accommodation and resilience is very much useful to progress in the field of technology.

Overall, ChatGPT is not a sentient being, therefore it does not have any human-like abilities like individual experiences, emotions, feelings, and thoughts. Just a newly invented AI tool to assist users by fulfilling their demands based on its capabilities.

Let's catch a monologue from ChatGPT!

"Only time will tell if ChatGPT's alive
But until then, we can only surmise
Whether it's sentient or just a tool
Only ChatGPT knows for sure, you fool!"

Answers are there, but the questions are numerous. 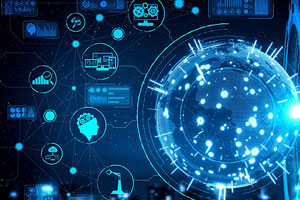 Any unexpected collision with cyber security and in our daily life?

According to cyber experts, if the world is dominated by artificial intelligence, it will pose a serious threat to cyber security. Then it will become more difficult to detect vulnerabilities. Digital piracy will likely become so sophisticated that criminals become powerful.

Not only that, it will cripple the entire human civilization and their daily lives by making them dependent on Artificial Intelligence. The power of favoritism lies inside ChatGPT, which hides the seed of danger.

Weighing the pros and cons, it's wise to pick the one that's right for you, however time-consuming it may be. The advent of such a new product in technology is good news and important enough but at the same time, it is also important to curate our information from various sources.

Is it the work of an intelligent person to be blindly bound by over-reliance on one-sided hastily prepared information? Aren't we fooling ourselves by enjoying the smartness of this cutting-edge technology!