Let us consider a scenario. While a pacemaker artificially regularizes abnormal heart beats, a malevolently manipulated pacemaker can wreak havoc with the heart causing it to fail, leading to death!

The situation above is a rare occurrence no doubt, but not absolutely fictitious. Hence, how do we combat it?

The world of technology is a fast changing one. Digitalization has made our lives easy while various electronic devices are being actively replaced every day by more modern and updated implements. One of the latest technical contributions to our times about to change the environment around yet again is IoT or the internet of things, which the pacemaker is an example of. It can be defined as a matrix of connected devices automatically collecting and exchanging data spanning a network. The advantages of IoT notwithstanding, there are also various security issues which make its users vulnerable to hacking. The question here is how to challenge its intrinsic vulnerability and make an optimum use of the IoT.

Here are some of the trends that are about to be brought in by the IoT with their pros and cons. 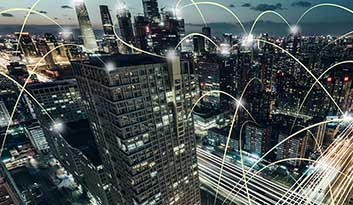 The IoT or the internet of things has primarily catered to services of companies offering connected devices. There are smart houses where connected devices act upon the whims and fancies of the owner, picking up pace and executing automated orders. However such a phenomenon is being tried to be extended to a broader environment concerning an entire city. For example, Cary in North Carolina uses the IoT to regulate traffic signals. An automated system monitors the working street lights, arranging for a repair as soon as they are out.

However, the major concern of smart cities is that equipment and sensors that exchange the data related to the metropolis can be hacked into easily, leading to major disruption like blocking of subways, polluting water supply etc. The IoT, while on one hand makes our lives easier by mechanically handling many operations which otherwise would have taken a lot more time to get executed, poses a threat to cyber security in a big way. While earlier when the internet was relegated to limited uses data theft was also limited to the virtual world. But now when it is being expanded outside the web world into our everyday lives the ill effects of hacking may cause mass disruption and farfetched losses to civilization. 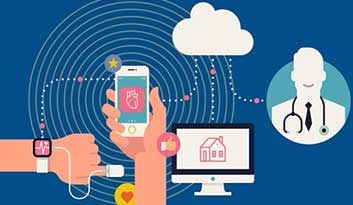 Wearable devices have been in use by us for several decades. Only in the last few years have they been updated and made more sophisticated like smart watches. The utility of such watches is not only relegated to recording time but also maintaining effective connectivity over time and space. Inculcation of the IoT technology is being increasingly lapped up by leading watch brands thus slowly changing the wrist watch market into a bigger proposition.

However the security threats that are posed by IoT wearables are non-encrypted storage of delicate data which can be accessed by all and sundry, easy ability to capture video, audio and photographic footage, insecure wireless connectivity, lack of regulation etc. The trade and commerce industry too is likely to benefit from the IoT in a lot of ways. Retail establishments like large shopping arcades are steadily applying smart lighting devices, video feeds and Wi-Fi enabled foot traffic-monitoring software to track the behaviour of the customers enabling them to plan their merchandising in an even better and profit as well as client friendly way.

But with a whopping amount of payment card information staying on the server, cyber criminals can have a field day out feasting on all the chances of potential fraud and forgery, thus requiring strict cyber protection. 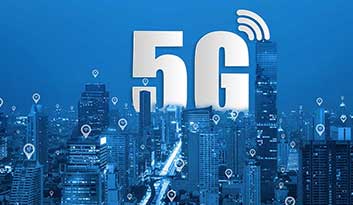 The rise of 5G

5G networks do not only mean lightning fast internet connection on cellular devices but also a vast avenue of opportunities for the IoT as well. With the help of 5G enabled IoT, data will be collected, analysed and managed in seconds without wait, thus throwing open a host of future possibilities.

However, 5G can facilitate vertical industries which will bring forth wider range of services leading to newer security issues. For example, automotive cyber-attacks due to widespread autonomous vehicles. 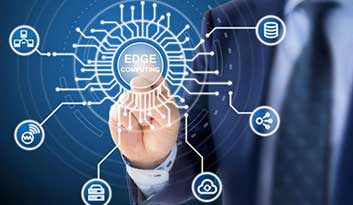 Edge computing means storing the data in micro centres thus giving an option of cheaper, faster and more efficient data processing. A part of the data is stored in a corresponding IoT device to make it readily available on demand, thus decreasing the pressure on networks. Edge computing means tremendous possibilities for the IoT, thus making the future look outstanding.

However the data stored in edge computing is most likely to be protected with poor passwords in the related device, making it easy targets for hackers to use the information in a harmful way. Hence the need for revising the password policy for better data protection.

Be equipped to battle the evil effects of internet pilferage as the IoT gears up to take the world to touch newer horizons. The Indian School of Ethical Hacking has designed competitive short term anti hacking courses spanning skill development to IoT penetration testing to enable one and all to make the most of the internet of things, positively.